So I have several weeks of back-blogging due to lack of wi-fi or internet access, loss of electricity and traveling. I hope to draw intrigue rather than annoyance with my wave of posts but I hope that they provide a better understanding of what I experienced as well as something semi-interesting to read :-) 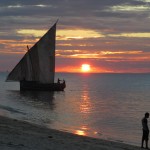 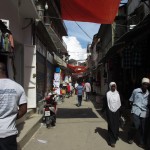 Well it’s been almost 4 weeks and I can safely say that I have been on something like a rollercoaster. Coming to Zanzibar was such an enchanting experience…..everything felt so magical and new to me. The trash and seedy corners seemingly didn’t exist and the people were all friendly and kind. The food was exotic and the sun always shining. That is what Zanzibar may have once actually been like yet the longer you stay, as with most places, the reality of what truly is happening is exposed and you are let with fragments of a

Yes I am feeling a bit dramatic but honestly this is how life here is shaping up to be. Last week while I was beginning to believe that I would never want to leave this place riots broke out in the main streets and the people of the town attacked the police (killing one of them) and began burning trash, tires and anything they could find in the streets. They also began throwing bombs off into the main market areas. If this wasn’t bas enough it made my apartment building (not that far away) shake a little with every bomb. Needless to say I got the hell out of here and headed for the only other option that was offered to me at the time: head to the country. I ended up staying with a Swahili speaking family outside of town. They are literally some of the kindest people that I have come across since I arrived and something about being in their house makes me feel safe and pretty much at home myself. I spent 3+ days with them, learning Kiswahili from the children as well as the parents. I even learned how to cook some local Zanzibari foods and got to help out with meals. I felt as though they had the most amazing place on earth: quiet, calm, close enough to the city but far away from the sounds of bombs or annoyance of constantly being haggled because I am a mzungo (foreigner.)

This week I am back in the city in my apartment which has always been a source of conflict: no running water at times, no fridge when the power goes out so food is not always safe to keep, cockroaches and geckos as well as the need to use a mosquito net or intense bug spray to keep from being eating alive. I can’t open the windows due to both the mosquitos but also to keep the rats out. Unfortunately the Zanzibari government no longer supports trash collection so people just burn their trash everywhere throughout the city. It is pretty disturbing especially because a lot of the trash contains plastics, metals and other toxic substances. But what else are people suppose to do?!

Combine this with the insane price of goods, food and services due to the fact that this culture caters to tourists and anyone bringing in foreign money and yo have a terrible recipe for disaster.

I have gone through various stages of anger, motivation to help and giving up since I have been here. How do a group of people take care of themselves when the government just doesn’t care? It feels pretty hopeless some days but there is something about this place that makes you wonder that there might still be some hope.

I have no idea how to help these people but I know that something has to change, most likely for the worst before things can get better. So many intelligent and promising children and yet often they are unable to raise the funds to get a proper education to be able to make something of their lives. Instead they take to selling goods in the streets or joining the tourist industry and never really joining a self-sustaining industry. I get caught up in it and want to help but really other than volunteering my time to the hospital for this short period, there is very little to do for them that will actually take effect.

I have enjoyed the time I have had and have even considered how I could go about trying to stay in this very unique and amazing place longer than my volunteer period. But when it comes right down to it, this place is really a place of illusions. It has a very complex and complicated past filled with a variety of rulers, cultures and ways of life that have all come together to make Zanzibar what it is today. While it continues to shock me how the various religions and cultural groups live together amongst one another without having constant battles or uprisings, there is a strangeness about how these people just can’t seem to be free or relaxed. Maybe it’s just the energy of the place…being the primary hub for the slave trade during the day, where everything was a commodity that could be bought and sold to the highest bidder.

This experience has taught me how to truly be more in my own skin. In a sense I make a fool of myself pretty much on a daily basis trying to speak Kiswahili, barter for goods and even determine which street I am on when I get turned around. I walk a little wiser through busy streets, think twice before responding when the umteenth person says ‘Jambo! come look at my goods to buy…..,’ and finally that just because someone may be set up to be part of your support system while abroad doesn’t mean that you should trust them. Keeping a mindful eye on people and places and most importantly keeping tabs on your gut feeling will ultimately be the things that keep you safe and on the best path.

Thanks Zanizbar., for your beauty, exotic nature and life lessons you are so open to teach.