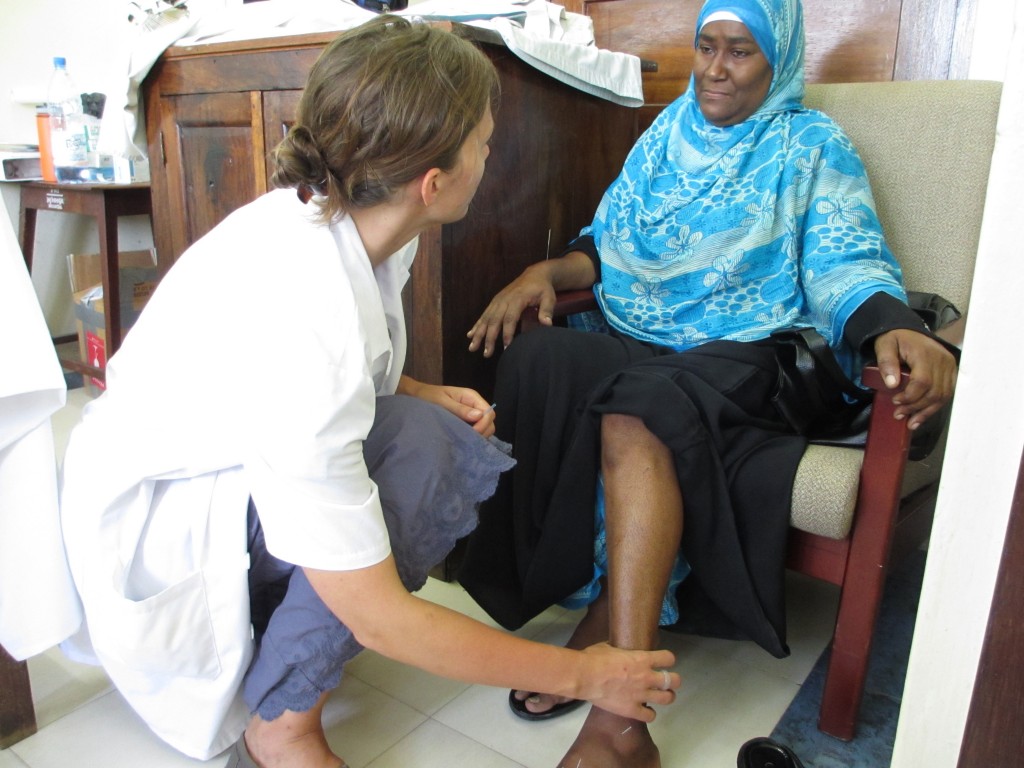 During my time in Stone Town on the beautiful island of Zanzibar, I feel I was able to gain a true understanding of the life native Zanzibari people have come to accept and endure. Most of the challenges have arisen due to corrupt and misguided government officials. Based on my experience living in the city as well as having many a conversation with various locals, I have come to realize that there are 3 primary needs that are not being provided to the local people: clean water, trash collection and disposal and a fully functional hospital.

There is a fresh water reservoir below the center of Stone Town and most of it’s residents pull their daily water from it. The water is from a visual standpoint ‘clean’ however it must not be drunk by the young, weak or by foreigners as it will most definitely make you incredibly ill. I got an amoeba two times while I was in Stone Town, both of which after accidentally or incidentally ingesting some of the local water. Since most locals have grown up under these conditions they seem to be immune to illness and poor digestion that ensures from living with amoebas. That or they just wouldn’t share their horrible digestive stories with me. Combine the water issues with the fact that no one uses toilet paper but rather their left hand to wipe away their unmentionable waste introduces an incredibly high incidence for food borne u=illnesses due to uncleanliness as well as an increase in illnesses such as Hep A.

The trash: EVERYWHERE!!!! This is by far one of the most beautiful places I have ever had the opportunity to live in yet it is somewhat of a trash oasis since there are literally no places to through anything away. Even if there were trash bins who would come and collect them??? The government seemed to think that as long as the tourist areas were welcoming enough for the tourists to continue to come the locals could just burn their trash (plastics, paper, food, metal.)

Finally the hospital. It is definitely a much appreciated and well attended facility yet it lacks basic necessities. Of course I can only really speak to the Acupuncture clinic as that is where my volunteer work took place however I was able to connect with other international volunteers and hear their thoughts as well. The equipment at the hospital is sub-par, barely even legitimate in terms of sterilization. Sometimes there wasn’t even a primary physician on staff to treat, sometimes there weren’t enough supplies or they needed to be cleaned from the autoclave.

In the acupuncture department, originally set up by the Chinese government and still staffed by Chinese doctors as well as local Zanzibarian doctors, re-uses their needles brought from China. To be fair, the needles are put in the autoclave 3 times before they enter another person’s body and the patients do get relief and continue to come. The needles themselves are a bit insane: 28, maybe even 26 gauge needles, up to size 30. They are hand checked everyday after autoclaving to ensure that they are no bent, damaged or heat scorched. It took me a bit to really be ok with them in the clinic but I am so glad that I was able to bring the donated disposable needles.
Thanks again to People’s Herbs in Portland, Lhasa OMS, Shauna McCraig LAc and Lee Rubin Hollander, DAOM, LAc!!!!!

After having worked in the clinic for two weeks I began to have some regulars. Many of the patients came in for similar things: enuresis, impotence, back pain, numbness post stroke sequlae and body aches and pains. I am still floored at the number of facial paralysis and eye disorder cases we treated. I am thinking a lot of it is due to the fact that the weather changes pretty quickly from day to day but also because the diet of most of these individuals is primarily carbs, water, sugar and tea/chai. Almost no one can afford meats or vegetables on a regular basis since it costs so much. They are so blood and qi deficient! I wish we could just give them beef and kale. The hospital does give out quite a few injectable vitamins yet it seems to never be enough. The overall health of the natives on the island could be due to a lack of understanding of nutrition as well as the combined effects of pollution and poor sanitation.

I definitely feel inspired to consider how to assist to bring about more consistent support and health care for these people. I know that it could be a very beneficial thing to invest in. Those of us who went into this profession pretty much all have big hearts and are ready to help make a difference in the lives of whichever population we choose to work with. Once you’ve determined the ‘who’ the inevitable draws you toward the ‘how’ aspect. How to make a difference for people who truly are in need combined with ‘how’ to continue to support yourself and your own needs. Seems that’s the rub but there always seems to be way.